Jacqueline is a lawyer at Franklin Law. She consults with employees and other workers during Franklin Law’s Consultation Clinic and assists with the firm’s employment, human rights, and labour law cases.

Jacqueline grew up in a working-class suburb called Transcona on the east side of Winnipeg, Manitoba, Treaty 1 territory, the traditional territory of Anishinaabeg, Cree, Oji-Cree, Dakota, and Dene peoples, and the homeland of the Métis Nation.

She comes from a family of workers, labourers, and rank and file members of the union movement, and has grown up as a young worker and student worker.

These experiences have caused her to care deeply about what happens to people where they work, to fight when workers get hurt by structures and people with power over their day-to-day lives, and to commit her law practice to workers requiring legal support. 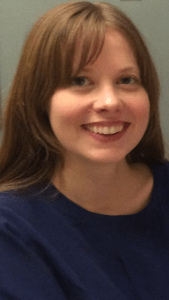 In 2010, Jacqueline graduated from the Faculty of Law at the University of British Columbia, where she was the recipient of the Borden Ladner Gervais Research Fellowship. Prior to law school, she completed a Bachelor of Environmental Science at the University of Manitoba, graduating as the faculty gold medalist.

After law school, Jacqueline completed a judicial clerkship at the Federal Court of Canada and the International Labour Organization Administrative Tribunal, the tribunal that hears complaints from international civil servants arising from the administrative decisions of various large international employers. In 2011, after this clerkship, she was called to the Ontario Bar.

Next, Jacqueline completed a climate justice fellowship with the NGO Islands First at the United Nations Headquarters in New York. She then moved to Toronto and worked as an associate lawyer at a union-side labour firm for one year, gaining experience in labour, employment and human rights law.

Following practice, Jacqueline enrolled in an interdisciplinary master’s degree at York University, to study the way systems of oppression operate through and within the legal system. Throughout this graduate program she worked with classmates and professors from the Faculty of Environmental Studies and Osgoode Hall Law School to establish strategies for creating an empowering law practice in what is often an unfair legal system. Jacqueline’s commitment to workers and a strong and accountable union movement was also reinforced throughout her time at York, as a rank and file member of CUPE 3903 active during the 2015 strike.

Jacqueline is so glad to now be practicing at Franklin Law and to be fighting injustice at work, with Ron and Ruby and all the employees and other workers who come to us for support.

Outside of work, Jacqueline loves to sing and dance, in bands, choirs, and with family and friends.